The U.S. EMV transition that began in earnest last October has brought with it a lot of pain, but few issues have been more agonizing for merchants than the flood of chargebacks they’re seeing for the first time. Now estimates are emerging that begin to quantify that pain.

Some 14.7 million chargebacks worth $5.8 billion will hit merchants this year, according to estimates in a report released last month. That’s 17% more transactions and 21% more dollar value than was the case in 2015.

Under rules set by the card networks, since Oct. 1 merchants not prepared to process EMV chip cards have been liable for fraud caused by counterfeit cards. That is meant to spur merchants to adopt EMV, but it also means fraudsters are rushing to take advantage of a dwindling opportunity while they still can.

“We do have a bit of a fire sale going on from the criminals’ point of view,” says Julie Conroy, research director at Boston-based research firm Aite Group LLC and author of the new report.

For now, though, that opportunity remains large. Some 1.7 million merchant locations were EMV-ready as of early in August, or almost 30% of the nation’s total card-acceptance base, according to figures from MasterCard Inc. That leaves more than two-thirds of the nation’s merchant base unable to take chip cards.

Many merchant installations have been held up by delays in necessary EMV certifications with processors and networks. Merchants can’t switch on chip-reading functions until the required certifications are obtained.

Meanwhile, some merchants awash in new fraud chargebacks are seeking redress where they can. One supermarket operator in Florida has filed a federal class-action suit against all the major card networks and eight of the 10 largest card issuers after sustaining 88 chargebacks between Oct. 1 and Feb. 15, compared to four in the same period a year earlier.

“This is the first time merchants have had any visibility into the counterfeit pain issuers have been absorbing for years,” says Conroy.

At the same time, “there is a ton of gamesmanship” going on, Conroy points out. Some merchants complain issuers are taking advantage of the rules to push through any and all chargebacks, whether related to counterfeit cards or not. Conroy says this is likely limited to “a small minority.” “There are some issuers throwing stuff against the wall to see what sticks,” she says.

More frequent are cases where issuers are relying on a “compelling evidence” standard in chargeback cases to present transactions where they know arbitration will cost merchants more than the value of the chargeback, Conroy says.

At the network level, some relief has already arrived. Since July 22, a new Visa policy has stopped all chargebacks for counterfeit fraud under $25 from going to acquirers and their merchants.

Starting in October, the policy will also cap at 10 the number of counterfeit card chargebacks of $25 or more an issuer can send back to merchants on any single card account. Issuers will have to take responsibility for any such chargebacks after that.

The twin moves will cut merchants’ counterfeit chargebacks by 40% and their dollar losses by 15%, Visa estimates. The moves aren’t permanent, however. Visa says both changes will stay in effect until April 2018, by which time more merchants will presumably have installed and activated chip card terminals.

Meanwhile, MasterCard says it is updating its rules “to minimize the cost to merchants who have not yet transitioned to EMV.” The update involves adjustments MasterCard has been making to its network intelligence to more accurately bar chargebacks from going to merchants when the transactions don’t meet network criteria for merchant liability.

As an example, the tweaks the network has been making will stop a chargeback from going back to the merchant when the cashier processes a counterfeit contactless chip card on a pre-EMV contactless terminal if the issuer authorizes the transaction, even though the terminal isn’t an EMV-capable device.

Conroy expects these network moves to have an impact. They led her to revise downward her original chargeback estimates for 2016 and subsequent years. And, as more merchants finally achieve EMV compliance, the burden will start to lighten in 2017.

Prices Are Booming for Stolen Credit Card And Cryptocurrency Accounts 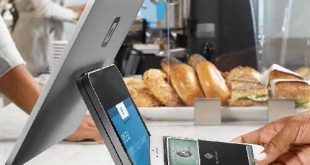