As cash goes, so go ATMs. Cash so far has managed to ward off its many electronic enemies, but it’s playing defense in the payments version of The Hundred Years’ War. What does it all mean for ATM deployers and manufacturers?

The leading payment card networks have targeted cash since their inception more than a half-century ago, and “Death to Cash” is a catchphrase that inspires fintech armies seeking to spread their new electronic-payment inventions across the land.

While most payments executives and banking regulators agree cash likely has a permanent place in payments, an increasingly heard opinion may be summed up in a recent speech by Australia’s top central banker, Philip Lowe, governor of the Reserve Bank of Australia.

“For some decades, people have been speculating that we might one day go cashless—that we would no longer be using banknotes for regular payments and that almost all payments would be electronic,” Lowe said at a November payments conference in Sydney. “So far, this speculation has been exactly that—speculation. But it looks like a turning point has been reached. It is now easier than it has been to conceive of a world in which banknotes are used for relatively few payments, that cash becomes a niche payment instrument.”

But a niche role for cash in U.S. payments would be bad news for ATM manufacturers as well as the deployers of the country’s approximately 470,000 ATMs, that figure coming from British research firm RBR. About 191,000 of the machines are owned by financial institutions and the rest by retailers, ATM independent sales organizations, and non-bank networks such as Cardtronics plc.

Recent research presents conflicting data about Americans’ usage of cash. In December, the Federal Reserve released the latest annual update to its triennial payments study that last examined the 2012-15 period. The update found ATM withdrawal transactions at large banks declined by 2.8% from 2016 to 2017.

Also in December, the Washington, D.C.-based Pew Research Center released results of an online-shopping and e-commerce study that found 24% of U.S. adults make no cash purchases during a typical week. Further, 39% of respondents said they didn’t worry if they didn’t have cash with them, since there are many other ways to pay for things.

“Physical currency has existed since the dawn of the modern economy, but its role is waning as new modes of payment have emerged,” wrote the Pew researchers.

The study report says “cash continues to be the most frequently used payment instrument,” representing 30% of all transactions (down slightly from 31% in 2016 and 33% in 2015) and 55% of transactions under $10. And while online shopping continues to grow, 77% of payments were made in-person, with cash accounting for 39% of the volume.

Consumers continue to use cash mainly for smaller transactions, with cash being used for 55% of payments under $10 and for 32% of payments between $10 and $24.99.

The survey also found surprising concurrence in cash usage among older and younger consumers. Respondents 18 to 25 years of age and those 45 and older use cash approximately 34% of the time to pay for transactions.

“As retailers and payment providers compete to deliver new ways to shop and pay, data from the 2017 Diary of Consumer Payment Choice shows that consumers continue to demand and pay with cash about as frequently as in previous years and that their usage is relatively similar across age groups,” the San Francisco Fed researchers concluded.

“In particular, cash remains a popular payment method for small-value transactions. Furthermore, when considering preferences, cash remains a preferred secondary payment choice regardless of what payment instrument consumers prefer to use primarily.”

‘Look at the Nuances’

What does all this mean for the ATM industry, especially since ATM shipments peaked in 2015 and average replacement cycles have been extended from 7.5 years to 10 years, according to D.A. Davidson & Co. The investment firm in January issued research reports on the big U.S.-based ATM manufacturers, NCR Corp. and Diebold Nixdorf Inc.

Houston-based Cardtronics, which operates in 10 countries and says it is the world’s largest ATM owner, cites the annual Health of Cash study that it sponsors. The latest survey, done by an independent research firm, found that 73% of consumers “used cash regularly despite more payment methods being available,” according to a December Cardtronics blog post.

“Seven out of 10 consumers is a super-healthy and powerful statement on the use of cash,” says Brian Bailey, executive vice president and general manager, North America, for Cardtronics.

David N. Tente, executive director for the U.S. and Americas at the Sioux Falls, S.D.-based ATM Industry Association, notes that despite the cash-withdrawal transaction declines found in the Fed research, “people are taking out more money.”

“Statistically I don’t disagree with those headlines,” Ditzion says. “If you look at the nuances, however, things get interesting.”

He notes that while wealthy Americans are very card- or mobile-payment oriented, lower-income groups are less so.

“If you start to segment out demographic groups, there are only some that are not willing to use cash,” says Ditzion. “There’s only a small number. For average Americans, [payment-usage] change is very slow.”

The negative or neutral perceptions of ATM-industry prospects accounted for some of the battering Cardtronics’s stock took in much of 2018, with its shares dropping in the double-digits in some months.

“The stock got walloped throughout the year,” says analyst Gary Prestopino, a managing director at Chicago-based Barrington Research Associates Inc. “It got way undervalued.” Still, Cardtronics’s share price managed to finish the year up 40%.

Cardtronics is recovering from the loss of its biggest retailer client, 7-Eleven Inc., which has switched management of its 7,000-plus ATMs to an affiliate of its Japanese parent company. Some of its other 2018 woes stemmed from possible regulatory actions in the United Kingdom, a key market for the company, that threatened its fee income. But the situation didn’t play out as badly as feared.

Now Cardtronics is focusing on strengthening its partnerships with retailers and financial institutions, and expanding its fast-growing Allpoint surcharge-free network. Cardtronics operates 230,000 ATMs in total, including 76,000 that it owns.

Cardtronics reported a 6% year-over-year increase in cash-withdrawal transactions in 2018’s third quarter among U.S. ATMs it operated for a least a year. Fourth-quarter figures were unavailable at press time.

Bailey credits much of that growth to the popularity of Allpoint, which enables consumers to use an ATM their bank doesn’t own without paying a fee to the owner. Allpoint has about 55,000 ATMs worldwide, including 40,000 in the U.S. In surcharge-free networks, the network owner and bank and credit-union participants work out alternative revenue arrangements.

“The same-store [transaction] increase we’ve seen is on the back of surcharge-free,” Bailey says. “Surcharge-free has been a huge growth platform for our company.”

Cardtronics gets 45% of its ATM operating revenues from cash-withdrawal surcharges, 32% from interchange (card issuers pay interchange to ATM transaction acquirers), 14% from bank-branding and surcharge-free agreements, and 9% from managed services and other sources.

The company is looking to expand its stable of financial institutions that put their brands on Cardtronics-owned ATMs, enabling customers of those institutions to make surcharge-free cash withdrawals.

As of Sept. 30, approximately 20,000 company-owned ATMs were under branding contracts with some 500 financial institutions. Some of the newest include Citibank, Fifth Third, and First Tennessee, according to Bailey. Cardtronics’ pitch is that ATM branding enables a bank to extend its physical presence without building an expensive branch.

Next up for Cardtronics, besides further development of its retailer and bank relationships, is “mobile cash access” for Allpoint, according to Bailey. He declines to give details early, but says “that’s something that can unlock a whole new available market for us.”

Meanwhile, the outlook for ATM manufacturers Diebold Nixdorf and NCR seems to be improving. In January, Great Falls, Mont.-based D.A. Davidson upgraded its recommendation on both companies’ shares from “neutral” to “buy.”

D.A. Davidson analyst Matt J. Summerville noted in research reports on the two firms that after three years of declines, the ATM industry is poised for a “modest recovery” in shipments this year. Citing RBR figures, he said the global industry suffered an “unprecedented” shipment decline from 407,000 units in 2016 to 328,000 in 2017.

About half of that slump stemmed from lower orders in China, according to D.A. Davidson. In addition, some U.S. ATM owners delayed replacements ahead of Microsoft Corp.’s 2020 sunsetting of support for the Windows 7 operating system, widely used in ATMs. The successor system will be Windows 10.

Other factors pushing shipments down were banks’ re-direction of capital spending toward other channels such as mobile, and “a heightened level of headline narratives regarding a broader migration towards cashless societies,” Summerville wrote.

After evaluating Diebold and NCR, however, “we came away feeling that the ATM remains a critical linchpin for customer engagement as part of a broader omni-channel, retail-banking strategy,” according to Summerville.

Both Diebold Nixdorf and NCR are working diligently to grow their software and services businesses in the face of slower ATM and point-of-sale hardware sales. But ATMs remain key for financial institutions, according to Scott Anderson, global software engagement manager at North Canton, Ohio-based Diebold Nixdorf.

“The physical touchpoint is still very important,” he says.

Diebold’s software initiatives stem in part from financial institutions’ desire to add more functions to ATMs, including account opening, product originations, and other services typically obtained in a branch, according to Anderson.

“It’s about making the box, the ATM, more than a cash point,” he says. “It’s about the intersection of the physical and digital worlds.” He adds that cardless cash access, in which a consumer carries out an ATM withdrawal using a smart phone, “is something that has more and more momentum” among Diebold’s customers.

Some countries that have been especially active in promoting digital financial services, including the Nordics and the Netherlands, have found that they really can’t eliminate “the long tail of cash” says Anderson. “There’s always going to be that need to have currency in the hands.”

NCR and another big ATM manufacturer, Nautilus Hyosung America, did not respond to requests for comment.

Cash in the early 21st Century is moving over to accommodate new payment forms, just as it did when checks, credit cards, debit cards, prepaid cards, online payments, and, most recently, mobile payments came along. But nothing’s knocked it off the bench yet, which assures a continuing role for ATMs.

“Cash as a whole is still growing and keeping pace with GDP, even here in the U.S.,” says ATMIA’s Tente. “We don’t see any threat at all to cash.” 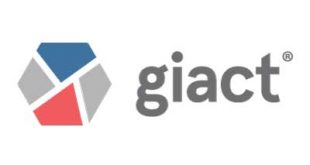