A controversial form of automated debit called the remotely created check (RCC) has figured prominently in the demise of a small bank that processed payments for fraudulent merchants and their third-party processors.

The U.S. Attorney’s office in Philadelphia announced this week that First Bank of Delaware agreed to a settlement under which it would pay a $15 million civil fine and provide $500,000 to cover consumer claims arising from suspect transactions from merchants and processors it served from 2009 to 2011. The bank did not admit to the allegations made by federal officials but settled a U.S. Department of Justice lawsuit as one of its last acts before dissolving itself and selling most of its assets and deposits to Bryn Mawr Bank Corp. of Bryn Mawr, Pa.

The DoJ said many of the transactions were remotely created checks, which are legal and also known as demand drafts. With RCCs, a consumer gives a merchant an initial authorization to debit his or her checking account without the need for the merchant to obtain the customer’s approval for subsequent transactions. The DoJ said RCCs “are widely known in the banking industry and by the consumer-protection and law-enforcement community to be favored by fraudulent merchants.” Consumers victimized by fraudulent telemarketers, for example, frequently say they didn’t understand the RCC process or that they never authorized withdrawals from their accounts.

The DoJ said First Bank was aware of but ignored signs of fraud, including return rates in excess of 50% on RCC transactions coming in through its third-party processors.  One independent sales organization for which the bank processed transactions was Landmark Clearing Inc., which the Federal Trade Commission sued for processing millions of dollars in remotely created payment orders (RCPOs), another form of demand draft, on behalf of suspect merchants that had return rates of up to 83%. Landmark settled with the FTC.

Other processors cited in the DoJ’s complaint were Automated Electronic Checking Inc., Check Site Inc., and Check 21.com LLC. A First Bank executive did not return a Digital Transactions News call for comment.

George Thomas, principal of Staten Island, N.Y.-based Radix Consulting, has followed RCC issues for years and has long maintained that demand drafts should be eliminated. “Tracking them is almost impossible,” he tells Digital Transactions News.

The automated clearing house network is a suitable substitute for most RCC transactions and offers more fraud protection and transparency, he says. For example, banks vet ACH originators, but RCC users can submit transactions without prior clearance. “You can just deposit them,” he says. Thomas adds that while it appears First Bank ignored signs of RCC-linked fraud, “In other cases, banks are kind of innocent parties.”

The U.S. Treasury Department and the Federal Deposit Insurance Corp. worked with the DoJ on the First Bank of Delaware case. The bank, which had its headquarters in Philadelphia and a branch in Wilmington, Del., had a history of run-ins with bank regulators in its seven-year history, according to the Philadelphia Inquirer. Nearly a year ago, it entered into an agreement with the FDIC under which it would wind down its operations, surrender its state charter and lose its deposit insurance. The planned sale to Bryn Mawr was announced earlier this year. 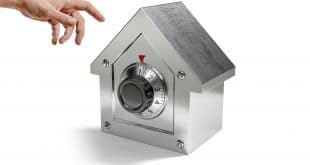 Payments Fraud Is Down Substantially, But Still A Serious Problem, Says the AFP