In what may be a boon for ATMs, Visa Inc. will allow dynamic currency conversion for consumers using international ATMs beginning April 13, 2019, says Euronet Worldwide Inc.

The Leawood, Kan.-based processor, which operates more than 41,000 ATMs globally, says the rule change enables acquirers and ATM operators to offer the conversion service, which can convert the ATM’s native currency into the cardholder’s currency, on “all international ATM transactions on Visa-branded cards around the world.” Visa notified operators on Sept. 27, Euronet says. Visa had not responded to a Digital Transactions Newsinquiry by publication time. 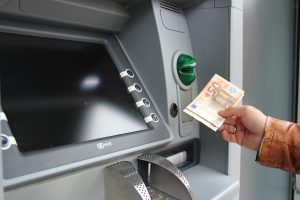 Currently, dynamic currency conversion is only available for Visa-branded cards at the point of sale and on intraregional ATM transactions in Europe, Euronet says. This restriction within Europe meant the service was only available to cards issued and used in Europe for ATM cash withdrawals. Euronet says the conversion service is available to Mastercard Inc.-branded cards at most of its ATM fleet.

Euronet says Visa’s move, which also makes other ATM-related value-added services available next year, could increase its adjusted earnings per share by 60 cents to 65 cents in 2019.

At least one analyst considers the impact on Euronet’s financial performance to be beneficial. “This estimate is likely conservative, as it assumes the existing ATM count, even though the company is likely to be more aggressive in ATM deployment (particularly outside Europe) given the improved economics,” writes analyst Chris Shutler at Chicago-based William Blair & Co. LLC.

Others may welcome the rule change, too. In February, the National ATM Council Inc., a trade organization for U.S. ATM operators, submitted a petition to Visa that sought elimination of the prohibition on dynamic currency conversion at ATMs.

In other ATM news, Payment Alliance International named Neil Clark as the new chief executive officer of its ATM businesses. The Louisville, Ky.-based ATM operator also appointed Clark and Marty Ambuehl, the co-founders of ATM Express, which PAI acquired in 2008, to its board of directors.

Clark served as a senior vice president at PAI from 2008 to mid-2014, according to his LinkedIn profile. PAI also appointed Bill Blakey to its board; Blakey previously had served as a PAI director through 2016.