The surge in online shopping touched off by the pandemic has turned out to be something of a mixed blessing for smaller merchants. While it brought in a wave of new shoppers, it has also exposed a rising problem with glitchy checkouts at times of high demand, according to a report released early Tuesday by payments provider Paysafe Ltd.

The problems arise at a time when checkout technology has assumed a central role with the steady rise in online commerce. Many larger merchants have adopted technologies such as Secure Remote Commerce and digital-wallet acceptance to ease payment with so-called one-click checkouts.

The Paysafe report comes as the holiday shopping season kicks off with the Thanksgiving holiday period this week, followed by the rush of Cyber Monday. “During the holiday season, payment processing systems will be put to the test, highlighting the importance of payments efficiency as a business differentiator,” said Afshin Yazdian, president of merchant solutions at Paysafe, in a statement.

In the survey some 52% of small online businesses reported problems such as slow checkouts and authorization failures during times of heavy usage, up from 43% in a similar survey a year ago. That’s according to the latest “Lost in Transaction” report from the U.K.-based Paysafe. The research, conducted in September, queried more than 1,100 merchants in the United States, the United Kingdom, Canada, and nine other countries.

The toll these checkout issues take on small sellers can be weighty. In cases where merchants sustained checkout failures when confronted with a surge in demand, some 31% reported losses of as much as $100,000 in sales. Frequent problems included system slowdowns (46%) and authorization failures (31%).

The checkout challenges have made small sellers more open to updating their payment platforms, according to the report. Some 73% admit adding new payment methods could add value to their businesses. For now, though, credit and debit cards rule, with the latter accepted by three-quarters of the merchants and the former by 72%, according to the report.

The checkout problems come on top of the plague of cart abandonment, which costs U.S. online sellers anywhere from $111 billion to $136 billion yearly, according to numbers from Coresight Research in a story on the subject set to appear in the upcoming December issue of Digital Transactions magazine. Indeed, a “complicated checkout” ranks third among reasons consumers give for walking away from their carts, following only extra or unexpected costs (such as shipping fees or taxes) and a lack of alternative payments.

In the Paysafe survey, some 61% of merchants said their abandonment rate had risen in the previous 12 months, up from 49% who had said so a year earlier.

Share
Previous A Boon for Embedded Finance And Other Digital Transactions News briefs from 11/22/22
Next Eye on Crypto: WooCommerce Partners With DePay; Airswift Launches a Payment Gateway 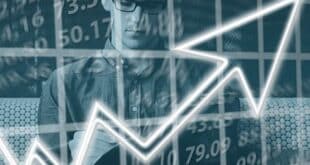 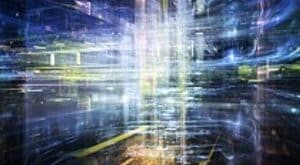 Real-Time Payments Tee up in Separate Sionic And Oracle Offerings