U.S. credit and debit card issuers will be mailing hundreds of millions of Europay-MasterCard-Visa (EMV) chip cards to their customers this year and next now that the payment card networks’ EMV liability shift looms just eight months away.

Estimates about chip card issuance vary, but all involve big numbers, with well over 1 billion EMV cards potentially in the hands of U.S. consumers by the end of 2016. The Princeton Junction, N.J.-based International Card Manufacturers Association predicts that its U.S. and Canadian members will produce 1.63 billion financial cards this year, some 60% of the magnetic-stripe variety and 40% EMV. Factor out about 11% of cards going to Canadians and you have 578.5 million financial chip cards being delivered to Americans.

Next year will be the first year when EMV card production exceeds that of mag-stripe, with chip cards accounting for 55% of a predicted 1.75 billion financial cards, Al Vrancart, ICMA founder and industry advisor, tells Digital Transactions magazine for an upcoming story about EMV card issuance. Applying the same U.S./Canada split, U.S. cardholders could receive 854.4 million financial EMV cards in 2016.

Under the networks’ liability shift, financial responsibility for counterfeiting fraud will fall to the entity in a card transaction, merchant or issuer, that doesn’t support EMV. Neither issuers nor merchants and merchant acquirers will be fully converted when the shift takes effect in October; in fact, the full transition could take years.

Vrancart and other industry experts say the vast majority of chip cards in EMV’s early going will be of the contact variety that the customer inserts or “dips” into an EMV-enabled point-of-sale terminal. The other types of EMV cards are so-called dual-interface cards, which can do contact and contactless transactions, and contactless-only cards. Given the poor showing of contactless plastic in earlier trials by some issuers who added chips to mag-stripe cards, card-production and processor executives say very few if any issuers are selecting contactless-only cards.

The contact card is the cheapest form of EMV card, and that’s a big reason why it’s the most popular variety. Such cards cost about 90 cents to $1.40 per unit, depending on volume, versus $2.00 to $2.50 for a dual-interface card, according to Vrancart.

“The vast majority of our customers are issuing contact only,” says Gay Rich, senior vice president and general manager of output services at processor First Data Corp., which has a large card-production facility in Omaha, Neb. “It’s driven by the price of the card.”

In addition to their lower price point, contact cards place fewer technical demands on issuers. But issuers may revisit the contactless/dual-interface issue when their initial batches of EMV cards expire, industry executives say. Near-field communication (NFC) mobile payments of the type offered through Apple Pay, Google Wallet or Softcard depend on contactless-enabled terminals. Sufficient consumer demand for smart-phone NFC payments would give merchants and merchant acquirers more reasons to deploy such terminals, and potentially boost demand for dual-interface cards.

Another major EMV issuance question involves cardholder authentication. Card producers and processors say that issuers are mostly going with chip-and-signature authentication with EMV credit cards because they don’t want to re-train credit card holders, who today only sign for purchases, to enter a PIN. With debit, however, they’re choosing chip-and-PIN authentication, mimicking existing protocols on mag-stripe debit cards. Retailers, however, want the card industry to add PIN authentication to all chip cards because of the PIN’s greater security than signatures.

That’s unlikely to happen, according to analyst Julie Conroy, research director at Boston-based Aite Group LLC. “Merchants are certainly rattling the cages, but at the end of the day, issuers are going to do what’s best for them and their customers, not what merchants want,” she says. 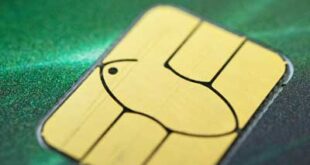 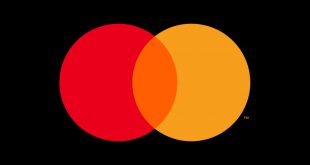