Noca Inc., which this week launched a beta version of an online-payments product that relies on the automated clearing house network, plans to have a commercial service ready for launch by June, Pankaj Gupta, president and founder of the Mountain View, Calif.-based startup tells Digital Transactions News. One feature the 2-year-old company plans to introduce by then is a merchant-funded rewards system that will let consumers collect incentives for using Noca to pay online. “Some of the functionality is under construction, but it's production-quality in the sense that transactions are live,” says Gupta, an executive at Visa Inc. for four years until 2006. Noca has signed up a “double-digit” number of merchants currently, Gupta says without being more specific. He adds the company has signed a letter of intent with at least one merchant “in the $100-million range” in annual sales. This comes after the service got its start last year as a payments application on the social network Facebook. “Facebook was a great way to launch it on a limited scale and get some feedback,” Gupta says. With Noca, consumers pay by authorizing the merchant to pull funds from their accounts via the ACH, much as they do with online bill payments at biller sites. With the first transaction, the consumer fills in the routing-and-transit and checking-account numbers from a check. On subsequent transactions, the system recalls these data and fills it in automatically, providing what Gupta calls a “one click” transaction. Name and shipping address are automatically prefilled from the merchant's checkout page. Consumers can get transaction details at any time at a Noca portal. For digital goods, Noca authenticates users with text messages providing a PIN. Consumers verify themselves by entering the PIN at checkout. For hard goods, where the risk of fraud is considered higher, Noca authenticates users either through a series of microdeposits to the consumer's account or via connections established by third-party online funds-transfer developers like Yodlee Inc. or CashEdge Inc. In the latter case, the third parties can return a message confirming that the account belongs to the user. “Once you're authenticated, you're cleared for a certain amount [to spend],” says Gupta. “The actual amount is confidential, but it's enough to cover the majority of transactions.” Noca is positioning itself to merchants as a low-cost alternative to credit and debit cards. Merchants pay 0.25% on each transaction, well below the 2% to 3% they might pay on a card payment. Card-not-present transactions typically carry a built-in risk premium, making them more costly than card transactions at brick-and-mortar retailers. “That 2% to 3% really adds up when you amortize it over millions of dollars,” says Gupta. “In the online world, where you don't need physical devices or cards, life should be simpler. All we're doing is moving bits of information around. But instead [card] processing rates are higher.” Gupta says Noca is in the process of introducing out a system involving a binary token indicating whether the consumer has sufficient funds in his account to cover a given transaction. The token, which will be returned through the third-party connections used for account authentication, will then allow Noca to decide whether to guarantee funds to the merchant, Gupta says. Merchant integration depends on the application programming interface the merchant chooses. Noca's simplest API, a hosted system, takes less than an hour to implement. Its so-called API Lite requires anywhere from a day to a week. And its regular API, intended for large merchants, can take a full week to integrate. Bruce Cundiff, director of payments research and consulting at Pleasanton, Calif.-based Javelin Strategy & Research, says Noca's value proposition for the merchant is strong. But he wonders whether this service, which must compete with a host of alternative-payment products now on the market, including one launched commercially this week (Digital Transactions News, Feb. 10), can get enough consumers to change the way they are accustomed to making payments online. “It's going to be difficult to make the case to merchants until they get that user base,” he notes, referring to startups like Noca. In Noca's case, Cundiff says the rewards program could make a difference by giving consumers incentives to use the system. “That resonates,” he says. “But the devil's in the execution. Can you do it right?” 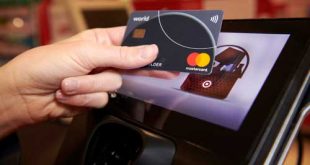 As the economy registers a tentative recovery from the deep recession caused by Covid-19, payments …