A Year of Opportunity for Retail Petroleum

Independent gas stations will have their hands full with the shift to EMV, but there are ways to mitigate the pain. And ISOs can help.

Things are looking up for U.S. gas stations. In 2018, vehicle registrations hit 276 million—up 6 million from 2017. And that number is set to rise to 281 million in 2019, largely thanks to the country’s continued economic health and an employment boom. Commercial vehicles and individuals are racking up more miles, too.

Clearly, 2019 is shaping up to be a year full of opportunities. And not just for the big chains. Independent gas stations will benefit, too.

That said, if the independents are to catch the wave, they must first come to grips with the shifting payments landscape and customers’ changing needs and expectations.

In our latest whitepaper, we had a look at the main payments challenges independent gas stations face and how independent sales organizations can support them along the way. Here’s what we found out.

Getting to Grips With EMV

Card fraud remains a pervasive problem in the U.S. When we interviewed consumers for our 2018 Lost in Transaction report, 34% told us they’d been victims of fraud, with the average loss clocking in at $303. In 2018 alone, 60 million cards were compromised.

There are two main reasons why card fraud is still so prevalent. First, many customers still use their card’s magstripe, often because EMV-enabled card readers aren’t available. Second, skimming is on the rise.

The shift to EMV-enabled terminals, the deadline for which is October 2020, has been hugely challenging for independent gas stations due to the cost, a dearth of skilled installation technicians, and problems integrating with at-the-pump terminals’ legacy infrastructure. This last issue is especially problematic, seeing as 72% of Americans prefer to pay at the pump. Because the challenge is so great, preparations are already under way to meet the deadline.

These implementation challenges have also meant that skimming—stealing card details via hardware attached to payment terminals—has grown at an alarming rate. Last Thanksgiving, the U.S. Secret Service launched “Operation Deep Impact” to tackle credit card skimming devices (following similar but smaller initiatives on Memorial Day, Independence Day, and Labor Day). Before the end of the month, more than 200 skimming devices had been found and an estimated $6 million of fraud had been prevented.

With individual merchants now starting to gain a reputation for their susceptibility to fraud, independents that don’t switch to EMV face the real risk of reputational harm. As a result, ISOs can expect an uptick in requests for help making the change, especially from smaller independents.

While cash is still a force to be reckoned with, alternative payment methods are hot on its heels. The average American now carries $42 in cash—$8 less than in 2017. And a majority expect to carry even less in two years’ time.

By contrast, the popularity of alternative payment methods is on the rise. Our latest Lost in Transaction data found that 61% of U.S. consumers prefer to shop in places that accept contactless. And with two in every five cards expected to be contactless-enabled by 2021, appetite for that technology—as well as technologies such as mobile payments—can only continue to grow.

Merchants, including gas-station owners, are keen to satisfy the demand. Some 23% plan to start accepting contactless within the next two years. And a further 33% plan to start taking mobile-wallet payments, which will increase acceptance to 62%.

Given that implementing the two technologies comes with similar challenges, independents may find that upgrading to EMV and contactless-enabled technology at the same time will be more cost-effective.

With gas stations earning as little as 25 cents per gallon of fuel, surcharges on credit card payments are often a matter of survival. At the same time, discounts are often applied to cash payments to incentivize them.

The flipside is that surcharges are far from well-received, especially by younger generations accustomed to cashless payments. Our research shows consumers feel increasingly confident using their preferred method to pay. And they’re taking less and less kindly to being forced to use one payment method over another.

To cloud the waters further, 6 states and Puerto Rico currently ban surcharging. And another 17 states are considering similar bans.

It’s time for independent gas stations to start looking at alternative solutions that will preserve their razor-thin profit margins while keeping consumers happy. And, here again, ISOs can provide invaluable support and advice.

With fleet operators increasingly looking to keep costs in check, fleet card usage is skyrocketing. By 2022, the fleet card industry will be worth an estimated $11.7 billion and North America will be the second largest market.

Getting in on the action has clear benefits for independent gas stations. But to do this, partnering up with a payment-services provider will be crucial.

With the economy booming and customer demand soaring, 2019 is replete with opportunities for independent gas stations. But to make the most of them, they’ll need to evolve and adapt.

Fighting fraud, empowering consumers, and giving them more payment choices at the pump will be crucial differentiating factors. And the advice and support of ISOs will be invaluable.

A slightly different version of this piece originally appeared on the Paysafe Web site.

Share
Previous Debit Dynamics
Next Where Are the Mobile Incentives? 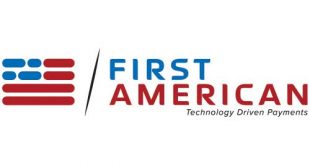 More Straight Talk for ISOs: Maintaining a Relationship during a Crisis 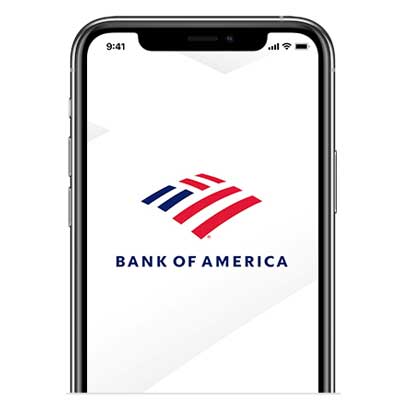