Isis and USAT Strike a Deal That Could Bring Mobile Payments to 7,500 Vending Machines

Isis, the object of skepticism this summer because of delays in rolling out its mobile-payment system based on near-field communication (NFC) technology, might be about to gain some traction thanks to a new agreement with vending-machine payments provider USA Technologies Inc. (USAT). In a little-noticed disclosure last week, Malvern, Pa-based USAT said it and Isis had struck a marketing agreement to bring Isis contactless-payment acceptance to up to 7,500 vending machines in Isis’s two test cities, Austin, Texas, and Salt Lake City.

The agreement calls for the two companies to solicit vending-machine owners and operators and persuade them to accept the Isis mobile wallet through USAT’s ePort card reader and ePort Connect, a wireless network that processes payment transactions from unattended locations. The pact calls for Isis to pay an undisclosed per-machine subsidy to USAT for up to 7,500 machines that add Isis acceptance by Dec. 31. The two companies can extend the agreement to March 31, 2013.

A spokesperson for USAT says about 1,500 vending-machine owners in the two cities already use ePort technology. The newest version of that system, called the ePort G8, is NFC-enabled and installed in about 80,000 machines nationwide, about half of all machines in USAT’s network.

Some 300 Coca-Cola machines in Austin already support Isis’ Smart Tap service that allows consumers to receive offers automatically and redeem rewards points when they wave or tap their smart phones to pay.

If it works, the agreement could boost two companies that have had their share of troubles over the past year. USAT’s management and board recently fended off a proxy challenge from a dissident shareholder group seeking higher share prices. And Isis reaped a bushel of negative headlines earlier this month when it confirmed that its planned summer launch in Austin and Salt Lake wouldn’t happen. The company is expected to report revised launch plans in October.

The USAT spokesperson says the deal will help the company carry out two major parts of its growth strategy, the first being the continued expansion of its customer base that already has tripled in the past two years.

The second is “driving more value through each connection for those customers,” she says by e-mail. “This is a great example of driving value through those connections. It gives this unattended space huge new opportunities to attract consumers, participate in marketing programs with big names, etc.”

Isis, a joint venture of mobile carriers AT&T Mobility, Verizon Wireless, and T-Mobile USA, did not comment about the deal, which USAT disclosed in a Sept. 21 filing with the Securities and Exchange Commission.

Consultant Todd Ablowitz of Centennial, Colo.-based Double Diamond Group says that by recruiting vending machine owners for mobile-payment acceptance, Isis and USAT are following a path trod by Visa and MasterCard as they tried to develop contactless card payments. “It's what must be done when you don't have enough consumers and you want to expand your merchant footprint,” he says.

Share
Previous Retailers Prepare To Argue for a Rewrite of Debit Rules While Durbin Spars With Bankers
Next For POS Push, PayPal Snags Big-Time Processors But Works to Woo ISOs As Well 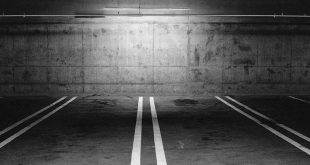 In the Face of Covid-19, PayByPhone Grows Its Roster of Colleges for Its Mobile Payment App