How POS Cash Back on Debit Is Crimping ATM Transaction Growth

U.S. debit card holders received cash back on just over 1 billion point-of-sale purchases in 2009, according to new figures from the Federal Reserve. That statistical nugget and others in the Fed’s 2010 Payments Study help to explain why ATM operators are struggling to keep transaction volumes up.

The Fed released overall results from its latest triennial payments study in December but disclosed more than 65 pages of detailed data on Tuesday at the NACHA Payments 2011 conference in Austin, Texas. The study, based on information from more than 1,000 financial institutions along with information from 65 of the largest payment networks and card issuers, found that debit cards are now by far the most popular form of electronic payment. The Fed, which asked respondents for data for 2006 to 2009, says point-of-sale debit transactions, both of the signature and PIN variety, grew at a compounded annual rate of 14.8% in the study period. PIN debit, which accounts for the overwhelming majority of cash-back transactions at the point of sale, grew 15.6% to 14.5 billion transactions in 2009. About one in 38 total debit transactions included cash back.

Debit card holders received $35.2 billion in cash back at the point of sale in 2009 for an average of $34 per transaction. Holders of debit cards from commercial banks accounted for 77% of cash-back transactions, with 16% and 7% coming from credit-union and savings-bank cardholders, respectively.

But credit-union cardholders took out much more cash than did holders of cards from commercial and savings banks: $42 versus $33 and $30, respectively. One reason for that, according to Richard Oliver, executive vice president at the Federal Reserve Bank of Atlanta, is that credit unions have fewer branches than do banks, and credit-union members want to avoid fees for using other financial institutions’ ATMs. Only 45% of credit-union account holders’ ATM withdrawals are “on-us” transactions, or those on machines owned by the customers’ financial institution. “Faced with fewer low-cost options to access cash, some credit unions’ members may use debit cash back at the point of sale as a primary source of cash,” the Fed’s report says.

-The Fed estimates the number of remotely created checks (RCCs) increased from about 495 million in 2006 to 575 million in 2009. “That struck me as a really big number,” Oliver said at a Payments 2011 session. At the same time, RCCs increased their share of checks written from 1.5% to 2.1%. Remotely created checks are a legal form of demand draft, but they’re controversial because a business can issue them without the customer’s signature after obtaining account and banking-routing numbers from a consumer over the phone. Telemarketing boiler rooms have used RCCs to perpetrate fraud. 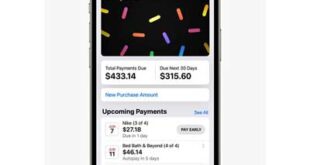 Mobile-wallet developer Humbl Inc. announced an integration with food-delivery platform Great Foods2Go that will include the integration …