The U.S. conversion to EMV chip card payments took a step forward Thursday when fuel-pump maker Gilbarco Veeder-Root announced what it says is the first EMV chip card transaction from a fuel dispenser.

The transaction took place at a 49 Fuels gas station in Burlington, N.C., at an undisclosed time. It reportedly was the first in the U.S. to occur in the so-called forecourt of a gas station—the part of the station that contains the fuel pumps.

While thousands of gas stations accept EMV chip cards for purchases inside their convenience stores, the conversion from magnetic-stripe payment cards to chip card acceptance at automated fuel dispensers has been slow going because of cost, supply issues, and the physical challenges of retrofitting older pumps. Recognizing the problems, Visa Inc. and Mastercard Inc. have delayed their fuel-pump EMV liability shifts until October 2020, three years later than the original shifts.

Greensboro, N.C.-based Gilbarco said the transaction occurred on one of its Encore fuel dispensers using its Passport point-of-sale system, and was processed over First Data Corp.’s network. Passport has supported EMV in-store transactions since May 2016. With software upgrades, Passport sites can be enabled for full EMV transactions at the dispenser for all major card types, the company said. Gilbarco also supplies FlexPay CRIND chip card readers for fuel pumps.

“As the indoor work continues to move towards completion, we expect to see continued growing focus on support for EMV at the fuel dispenser,” Mark Williams, vice president of marketing at Gilbarco Veeder-Root, tells Digital Transactions News by email. “Because Gilbarco’s Passport point of sale system has supported indoor EMV for more than a year, we were able to start dedicating focus relatively early to support of EMV at the dispenser, allowing us to reach this industry-first.”

In May, Gilbarco said Passport had processed an estimated 350 million transactions as of March and is used in 8,000 convenience stores and gas stations.

The three-year delay in the fuel-dispenser liability shifts has undercut near-term sales projections of such major payments-industry vendors as VeriFone Systems Inc., a big supplier to gas stations. But Williams believes the pace of the fuel-pump conversion will be pick up soon.

“Given that upwards of 25% to 30% of the market has EMV-capable dispensers, these factors will be very prevalent as those dispensers begin to ‘turn on’ EMV with the software availability,” he says. “Also, many retailers understand that the upgrade to EMV presents an opportunity to leverage other technologies at the pump, including remote management capabilities, media and merchandising at the fuel dispenser, and contactless/mobile-payment acceptance, among others. Lastly, we see the major oil companies continue to push their retailers to upgrade.” 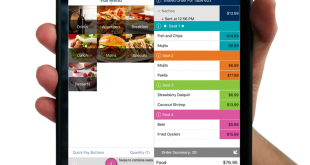 Consumers Would Switch Merchants for a Contactless Payment Option, Says a Visa Survey

Contactless payments apparently have sway with U.S. consumers. Fifty-four percent of them would switch to …