Free Service Is Lighting a Fire Under Online Bill Payment

The movement among banks to waive or eliminate consumer fees on electronic bill payment is rapidly pushing the transaction channel into the mainstream of consumer payment products, according to the chief executive of Online Resources Corp. “Free works,” declared Matthew P. Lawlor, who is also chairman of the McLean, Va.-based provider of online-banking services to banks, at a seminar in Chicago today for community-bank executives sponsored by the Bank Administration Institute. Lawlor cited statistics that showed electronic bill payment following a consumer adoption curve that uncannily mirrors that of ATMs at a similar stage of development. His chart indicated online bill payment climbing from a rate of takeup near zero in 1996 to almost 30% eight years later, describing a curve nearly identical to that followed by ATMs between 1980 and 1988. Lawlor credited the trend among banks to drop consumer fees for the rapid rise in usage of electronic bill payment. Although industry estimates indicate banks charge about $5 per month on average for the service, more than half have either eliminated their fees or waive them in so many instances that the Boston Consulting Group estimates that only 40% of the fees are actually collected. With the service available at no charge, Lawlor says, his clients saw a 40% of online-banking customers upgrade to electronic bill payment in August 2003, up from 31% a year before. Clients charging $5 or less per month enjoyed a 28% conversion rate last August, while those priced above $5 achieved a 19% rate. Lawlor, whose company does business with 700 banking clients, says an updated study coming out later this year indicates an even wider gap between the conversion rate for “free” banks and that for banks at or under $5. Just to get customers to adopt online banking in the first place, Online Resources advises its clients to send e-mails to customers who after three days have not logged on. If, after receiving the e-mails, customers still don't log on, he says, the company advises clients to call the customers to thank them for their business, remind them of the service, and find out whether they have forgotten their passwords. This alone, he said, has produced results. “We get a 40% increase in activation just from that,” he observed.

Share
Previous Consumer Groups Call on Fed to Extend Reg E to Payroll Cards
Next Peppercoin Aims at the POS As Well As Digital Content with Version 2.0 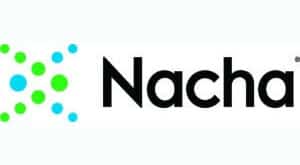 As payments fraud grows more threatening by the year, a report on Thursday from the …