After suffering through a 40% year-over-year decline in payment volume because of the Covid-19 pandemic, merchant processor EVO Payments Inc. says many merchants that went dormant are generating transactions again.

“We weren’t getting huge amounts of closure requests,” Tansill said on EVO’s first-quarter conference call with analysts. “We were experiencing attrition levels that weren’t particularly elevated vis-à-vis other periods in our history. What we were hearing in many instances was those merchants were temporarily dormant, and their expectation was to remain open.”

That’s already happened for a good number of them now that many states have begun easing restrictions meant to slow the pandemic. About a third of the merchants that had closed for a time have resumed accepting payments, according to Tansill. He attributes at least part of the resumption to the federal government’s Paycheck Protection Program, which funneled billions of dollars through forgivable loans to businesses to fund payrolls.

Similar trends are happening in Europe, where EVO operates in Spain, Poland, the United Kingdom and other countries. Travel restrictions, stay-at-home orders, and other governmental measures that forced many businesses to close caused year-over-year payment volumes to plunge 50% by mid-April. Volumes are now recovering—off 20% year-over-year—as restrictions are being eased, according to Darren Wilson, EVO’s international segment president.“We have seen a multi-week improvement,” he said on the call.

Europe generated 70% of EVO’s transactions in the March quarter, but the Americas—the U.S., Canada, and Mexico—produced 64% of segment revenues. The Covid-19 slowdown didn’t hit in force until the quarter was more than two-thirds complete. Transactions totaled 884.1 million, up 12% from 2019’s first quarter. The Americas had 266.2 million transactions, a 14% increase, while Europe had 618 million, up 11%.

EVO reported first-quarter revenues of $111.2 million, off slightly from $111.5 million in the year-earlier period, and a net loss of $13.6 million, an improvement from the $19 million loss in 2019’s first quarter.

The company has taken a number of expense-control measures to cope with the pandemic-induced slowdown, including the furloughing of 600 of its 2,400 employees, according to chief executive James G. Kelly. “We’re continuing to operate at a level much lower” than he expected in January, Kelly said. 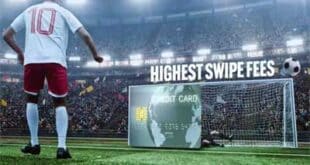 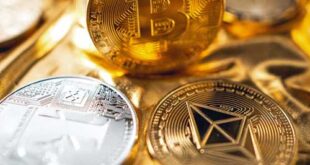