Based on anecdotal comments and the history of the earlier settlement, small, independent businesses, which in 2005 filed the original class action in the consolidated litigation now known as MDL 1720, are more likely to endorse the pending settlement than big ones. 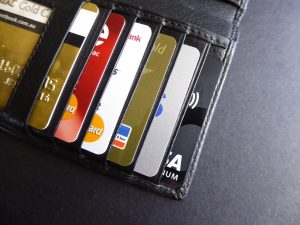 Mitch Goldstone, president and chief executive of Irvine, Calif.-based ScanMyPhotos.com, the lead named plaintiff in the main MDL 1720 class action that names Visa, Mastercard and 12 banks as defendants, says the new agreement is “extraordinarily gratifying” for himself and company co-founder Carl Berman.

“Most retail industries and online companies like ScanMyPhotos.com have very thin margins,” Goldstone says in a statement to Digital Transactions News. “So, anything that we can do to lower a merchant’s costs will stand to benefit both the merchant and the merchant’s customers.” Goldstone adds that “just as rotary-dial pay phones turned into smart phones, and Apollo morphed into SpaceX, this settlement is also a giant leap towards a fair payment system.”

Hundreds of mostly large or medium-size merchants opted-out of the $7.25 billion damages portion of the 2012 settlement, reducing its value to $5.7 billion. Ultimately a federal court of appeals rejected it in 2016. MDL 1720 is now back before Judge Margo K. Brodie of U.S. District Court in Brooklyn, N.Y., where the proposed settlement awaits approval.

Comments from several merchant trade groups about Tuesday’s announcements are negative. The Washington, D.C.-based National Retail Federation issued a statement saying the proposed settlement “largely resembles part of an agreement that both a federal appellate court and the retail industry had already rejected.”

Big merchants deride the dollar amount as trivial compared with the “swipe fees” they pay, which include interchange and other costs. They also note that the proposed settlement does not touch on the bank card networks’ acceptance rules, which merchants allege are anti-competitive. An attorney and a consultant deeply involved in interchange and acceptance issues both indicated to Digital Transactions News that negotiations over those matters could be long and tough.

“Today’s proposed settlement is just another symptom of our nation’s broken payment ecosystem,” the Retail Industry Leaders Association, an Arlington, Va.-based trade group of 200 large retailers, manufacturers, and service suppliers to retailers, said in a statement. “It still offers merchants only pennies on the dollar for the harms that they suffered as a result of the anti-competitive rules backed by the card networks and big banks. More importantly, the proposal does not provide for any changes in those rules—and would limit the ability to pursue meaningful change of the rules that the payments-card cartel will install to govern the payment ecosystem in the future.”

The Alexandria, Va.-based National Association of Convenience Stores was an original MDL 1720 plaintiff but objected to the 2012 settlement. It’s not too keen about the new one.

“The broken swipe-fee system will not be fixed simply by Visa and MasterCard throwing some money to merchants,” Lyle Beckwith, NACS senior vice president for government relations, said in a statement. “We are pleased to see that some of the merchants’ lawyers and representatives refused to sign on to this flawed settlement and are continuing to press for the changes that antitrust law calls for and merchants and their customers deserve.”

PDI Expands Its Relationship With EG Group to All of EG’s U.S. Convenience Stores