Among its many impacts, the coronavirus pandemic has simultaneously interrupted and accelerated a slew of business trends. To see this dynamic in action, look no further than the investment pattern of the middle market over the last two years.

When we set out to track how middle-market companies have been spending, data based on the 12 million payments processed annually across the AvidPay Network revealed a segment that has largely been in growth mode. But after the coronavirus pandemic hit the United States in the second quarter of last year, it’s no secret that middle-market spending – and spending across all market sectors – took a downward turn.

The good news is that middle-market spending quickly turned positive again in the third quarter, reaching levels that were essentially flat compared to the year before. This bodes well for the economy overall, but a deeper look at the numbers reveals that the rebound isn’t touching all industries equally.

The technology, finance, and insurance markets will emerge as winners post-pandemic. Not surprisingly, the growth rates of the transportation, warehousing, and travel industries are likely to continue declining as long as Covid-19—and its restrictions—persist.

The middle market, which includes nearly 200,000 U.S. companies with revenues between $5 million and $1 billion, invested more of their budgets in technology, finance, and insurance to propel their businesses forward during the pandemic. While many took a wait-and-see approach when Covid-19 initially took hold in March, middle-market companies saw technology as a critical tool to maintain business continuity and replace travel.

In a global survey of executives, McKinsey found that companies accelerated the digitization of their internal operations and customer and supply chain interactions by three to four years. Technology companies felt the impact as well: KPMG estimates that tech companies enjoyed a 5% jump in additional spend that can be directly attributed to the rapid move to remote work.

AvidXchange data correlates with these sources. Technology spending by middle-market companies in the first quarter last year grew 14% year over year. That slowed in the second quarter but accelerated again in the third as remote work continued to be the status quo.

Middle-market spending in the finance and insurance industries also increased steadily, buoyed by a global banking system that has enjoyed an upward trend since last year, according to Deloitte. Finance spending grew by 3% year-over-year in the first quarter, followed by 7% and 14%, respectively, in the subsequent quarters.

With all of us taking fewer planes, trains, and Ubers, it’s no surprise that the transportation, warehousing, accommodation, and food-services markets have taken a big hit. The declines in spending actually began in the first quarter of 2020 following a positive quarterly streak that dates back nearly two years. That time frame became something of an inflection point in the overall trend for these sectors, and the cause is undoubtedly tied to Covid-19.

Their downward trend continued in the third quarter, when spending nosedived by 38% year-over-year. For the accommodation and food-services market, declines also accelerated and followed the same pattern.

These figures align with a 50% reduction in revenue for U.S. hotels since mid-February, based on figures from the American Hotel and Lodging Association. At the same time, sales at U.S. eating and drinking places fell $192 billion from expected levels between March and November, according to the National Restaurant Association.

So, where does all of this leave us? While the upward trend in overall middle-market spending appeared to continue at the beginning of the fourth quarter, we’ll be watching the numbers closely in the months ahead.

In the meantime, many businesses appear optimistic about 2021, particularly as Covid-19 vaccines begin to ship out across the U.S. A successful rollout of the coronavirus vaccine in the first quarter could portend strong middle-market spending in the second. 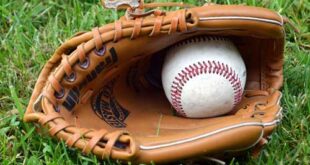 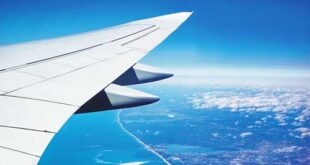 Cardlytics Inc., a specialist in deriving marketing data from payments flows, has agreed to acquire …