After five years, it looks like class-action lawsuits by ATM independent sales organizations and consumers challenging Visa Inc. and MasterCard Inc. rules over ATM surcharging on antitrust grounds may finally be headed to trial.

The U.S. Supreme Court last week dismissed appeals by Visa and MasterCard after the U.S. Court of Appeals for the District of Columbia reinstated the litigation in the wake of a lower federal court dismissing it. The Supreme Court last August accepted the case and had scheduled oral arguments for Dec. 7. But on Nov. 17, the high court dismissed the appeal because the networks changed the arguments they had originally presented in order get the justices to hear their case.

The maneuvering centers on the legality of Visa and MasterCard rules regarding ATM access fees, or surcharging. In the original case filed in 2011 by The National ATM Council Inc., a Jacksonville, Fla.-based trade group, and 13 ATM ISOs, the plaintiffs challenged Visa and MasterCard rules banning ATM operators from charging lower access fees for PIN-debit networks than fees for the global networks. The NAC and ATM ISOs argued that the Visa and MasterCard rules amounted to price fixing that artificially raised the price that consumers pay for using ATMs, limited the revenue that ATM operators could earn, and violated the federal Sherman Act’s prohibition against unreasonable restraints of trade.

After the industry plaintiffs filed their suit in U.S. District Court in Washington, D.C., attorneys representing consumers filed three similar lawsuits against Visa and MasterCard. The consumer suits also named three big banks: Bank of America Corp., Wells Fargo & Co., and JPMorgan Chase & Co. The defendants persuaded the district court to dismiss the cases, but, on appeal by the plaintiffs, the D.C. appellate court reinstated them, and they were assigned to a new trial judge, U.S. District Judge Richard Leon. That paved the way for the networks’ appeal to the Supreme Court.

Neither Visa nor MasterCard had any comment on the Supreme Court’s action.

“Now that the Supreme Court has given it up, it goes back to the district court,” NAC executive director Bruce Wayne Renard tells Digital Transactions News. “The significance is that we will be able to address the merits of the issue, finally.”

Before any trial gets underway, however, the first major order of business is likely to be a ruling by Leon on the ATM operators’ petition for an injunction that would quash the Visa/MasterCard access-fee rules while the matter is litigated, and permit operators to impose “differential surcharging,” says Renard.

The ATM operators are seeking “tens of millions” of dollars in damages, according to a Visa regulatory filing, and any damages could be trebled under antitrust law. The consumer cases will be tried separately from the ATM operators’ case, Renard says. 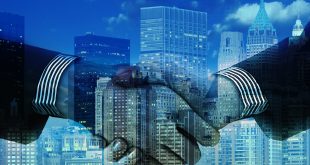 Visa Inc. may be stymied for the time being in its quest to enter the …