A proposed rule from the U.S. Treasury Department could add millions of users to a prepaid card program sponsored by the federal government to distribute Social Security benefits. The new rule, which would eliminate virtually all paper checks for various federal benefits, would expand the range of benefits that can be loaded on the card and is likely to add significantly to the cardholder count and load value for the MasterCard-branded plastic, which is issued by Dallas-based Comerica Bank.

But with a comment period on the proposal set to close next Monday, consumer groups are starting to file objections to the plan. Yonkers, N.Y.-based Consumers Union, for example, released a statement this week calling on the government to retain checks for recipients who want to keep receiving them. The statement, which summarizes a formal comment the organization filed on Monday, also objects to fees charged by Comerica for the prepaid card, known as the Direct Express card.

Comerica did not respond to an inquiry from Digital Transactions News. Treasury officials will not sift through the comments until next week and so cannot comment on how favorable or unfavorable they are to the plan, says a spokesperson for the agency. Based on the comments, “we’ll see if modifications need to be made before issuing a final rule,” she says. That final rule will have to be issued well before next March, when the first phase of the plan is set to go into effect, she says.

Treasury in April announced its plan to stop sending paper checks to recipients of a wide range of federal benefits, including Social Security, Supplemental Security Income (SSI), veterans’ compensation, and railroad retirement benefits. Instead, these recipients will have to take their payments either through direct deposit into a bank account or onto the Direct Express card. The agency expects the move to save $300 million over the first five years after it goes into effect. The plan would be effective March 1 for new recipients and March 1, 2013, for existing ones.

Millions of people have voluntarily given up paper checks and moved to either direct deposit or the prepaid card. Indeed, some 80% of new Social Security benefit enrollees opted for the electronic options in fiscal 2009. But the rate of growth in these options has slowed, moving from 58% of all recipients in 1996 to 80% in 2005 to 85% now. That leaves some 11 million recipients receiving about 136 million checks annually.

Under the plan, the Direct Express option would be expanded to cover veterans’ benefits and the railroad-retirement payments. Still, Social Security and SSI checks still account for 92% of all benefit-check payments.

The new rule could prove to be a bonanza for Comerica, which in 2008 signed a five-year contract with the government to issue the Direct Express card. The card has already proven popular, with more than 1 million users two years after its launch. That’s one quarter of the 4 million benefits recipients who don’t have a bank account, according to Treasury. If the rule takes effect as proposed, it would likely add all or most of the remaining 3 million recipients to the cardholder rolls, a number that could grow as the recipient population grows and the new categories are added. Potential load value is hard to estimate, but Social Security benefits alone for the 3 million could total about $2.2 billion monthly, given an average benefit payment of $838 and assuming a fraction of the group are receiving SSI benefits only.

Comerica’s pricing for the card appears favorable when compared to many commercial reloadable prepaid programs (the Direct Express card can not be loaded with any funds other than designated government benefits). It has no activation or dormancy fees, for example. But only one free ATM withdrawal is allowed per benefit deposit. Further withdrawals cost 90 cents each. Consumers Union would like to see more free withdrawals permitted if Treasury goes ahead with its plan. Similarly, paper statements cost 75 cents, another fee the consumer-advocacy group would like to see eliminated or at least reduced.

CU also objects to the plan’s effect of taking away checks and forcing people into direct deposit or the prepaid card. “This creates a struggle for people who are not used to managing electronic payments,” says Michelle Jun, a staff attorney in CU’s San Francisco office.

But the Direct Express program in particular “has a high level of satisfaction” among users, says the Treasury spokesperson. “We have a high confidence [in the program] or we wouldn’t be going in that direction,” she says. 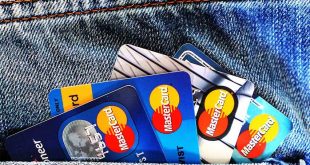 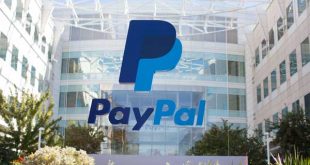