Apple Targets the Terminal Market, But Terminal Execs And Rivals Are Far From Flustered

Apple Inc. rattled the payments industry on Tuesday with its announcement of technology that will let merchants accept card and Apple Pay transactions directly on an off-the-shelf iPhone with no attachments, but rivals say they’re taking the news in stride. “We’ll feel some impact, we’ll feel it a little bit, but we’re not overly concerned,” says Bradford Giles, senior vice president of marketing at terminal giant Ingenico Group.

Adds Sam Shawki, chief executive of MagicCube Inc., developer of rival technology for Android phones: “It’s net good for us. It’s a confirmation of what we’ve been doing.”

To be sure, the computing giant has no such product on the market yet. Its announcement said Tap to Pay with iPhone will become available “later this year.” Shawki figures, though, the technology will become commercially available in the March-April-May period. “That’s what we’ve been hearing,” he says. “They have a few things to work out.” A spokesperson for Apple did not respond to inquiries from Digital Transactions News.

Some questions stemming from Apple’s announcement have been answered. The first user for Tap to Pay, for example, will be the e-commerce giant Stripe Inc., which will incorporate the technology in its Terminal product for physical merchants.

But plenty of other unknowns swirl around Apple’s latest thrust into payments, despite its announcement. Tap to Pay with iPhone will rely on technology Apple acquired in 2020 when it shelled out anywhere from $120 million to $150 million to buy a Canadian developer called Mobeewave Inc. , which had already worked out technology for Samsung Electronics Co. to allow users of a mobile device to accept card transactions via NFC without any attached card reader. This is essentially the product Apple announced Tuesday.

While Apple’s latest thrust seems bound to threaten the market for traditional card readers, executives like Giles say the traditional terminal won’t be going away any time soon. “We’re not walking away from the terminal,” he says. “They’ll still be here when I retire.” One big unknown, he points out, is whether Apple will ultimately open up Tap to Pay for Android devices, where MagicCube plays. “Android is exploding in the terminal space,” Giles points out.

For the time being, at any rate, rivals like MagicCube are celebrating what the market expects will be a closed Tap to Pay environment at Apple. “You should be talking to me, because I can give you the Android market,” says Shawki, a former Visa Inc. executive who started Santa Clara, Calif.-based MagicCube in 2014. He adds his technology can work on Apple devices “if Apple does ubiquity.”

One big unknown in the latest thrust by Apple into payments is pricing. Shawki expects Tap to Pay will levy a “tax,” a surcharge on interchange that will flow to Apple. “It’s going to be more expensive,” he warns. “I don’t know who’s going to absorb it. It could be the merchant.” 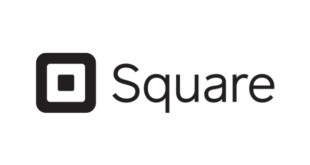 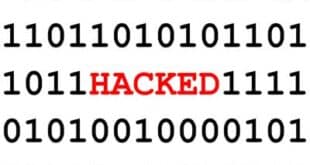