The arrival of technology companies and other new players in the payments business has left merchant processors scratching their heads over how to work with these emerging brands. Companies like Apple Inc., which has the potential to change both consumer and merchant behavior, have sent independent sales organizations scrambling to figure out their next move.

But the challenge isn’t so much how to work with these players—it’s how to remain relevant in the payments stream now that these players have invaded it, Diane Offereins, executive president of payment services at Discover Financial Services said on Wednesday. “I don’t think you can just sell [point-of-sale] terminals anymore,” she told an audience of upper-level ISO executives attending the Electronic Transactions Association’s annual Strategic Leadership conference. “You have to consider new ways to compete.”

In a room buzzing about Apple Pay, the mobile-payments system Apple unveiled four weeks ago that is set to go live this month, Offereins argued Apple’s famous design and marketing prowess is likely to at long last establish mobile wallets as eventual replacements for plastic cards. “We may be witnessing the beginning of a common mobile-payments standard,” she said.

But she warned that technology companies’ payments initiatives in the aggregate could push payments to the side as they stress other features such as loyalty or business-management functions. “All the changes [in the payments industry] are only complicated by the mobile device,” she told the 400 executives gathered in Palm Beach, Fla. “Mobile is getting all the channels to converge to where payments recede into the background. That’s a huge challenge for all of us.”

App developers, for example, could control a wide variety of features and functions, routing transactions as part of an overarching application and taking control of payments out of the hands of small merchants, the traditional market for ISOs. “Others will make the decision for [merchants] as to who they work with for payment processing,” she said.

Offereins cited Uber, the app-based car-hire service, as an example. “Think about it, payments literally take a back seat,” with this app, she said, since its primary function is to let users identify and engage car transportation.

That leaves ISOs and other non-bank acquirers on the sidelines unless they can work out new arrangements with the tech firms. “That is the challenge for all of us, how to partner with these new players so we remain relevant,” she said.

The last option could make ISOs especially valuable, since many tech entrants aren’t versed in payments and are leaving merchants confused. “An industry that has not had a lot of change is suddenly attracting a lot of interest from players that really don’t understand our space,” Offereins said.

But exploiting that weakness will require a heavy investment in training salespeople, she warned. “This is going to be a challenge for traditional salespeople,” she said, adding that “a lot of the burden” of explaining new technology and helping merchants sort out options “is coming our way.” 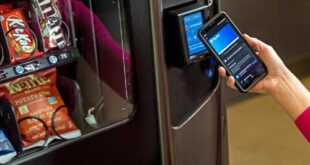 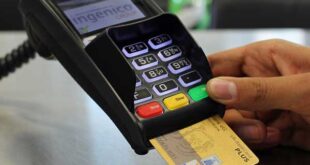